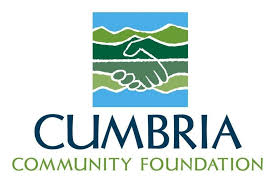 Maryport Rescue are proud to announce that they have recently been successful in securing grant funding Via the Cumbria Community Foundation through the Robin Rigg West Cumbria Fund.

This funding was placed to extend the stations solar panels, to help reduce the running costs to the organisation and further reduce the Lifeboat Stations carbon foot print.

“The CCF and the organisations, businesses and enterprises that contribute to what the CCF is all about are an absolute credit to not only Cumbria, but further afield. Thanks and appreciation must be given to all those that are involved and support what the CCF does. The news of the funding is absolutely fantastic. The cost of the stations overheads are raising each year, with growth and the price of energy, the extension to the solar panels which are already installed will certainly help sustain the service for years to come. The money saved will contribute to the upkeep of all of the crews PPE and other equipment which is carried to ensure all the volunteers are kept safe while at sea or when responding to an emergency Situation. On behalf of the whole team, I would personally like to thank those at the CCF and the Robin Rigg West Cumbria Fund for their consideration and support they have given us over the years.”

Donate to Maryport Rescue using the button below.

Copyright 2022 © Tides Today. By using this data, you are agreeing to the Terms and Conditions